Two boys who both lived in Anna Home for a long time have graduated from the university in Ulaanbaatar!! 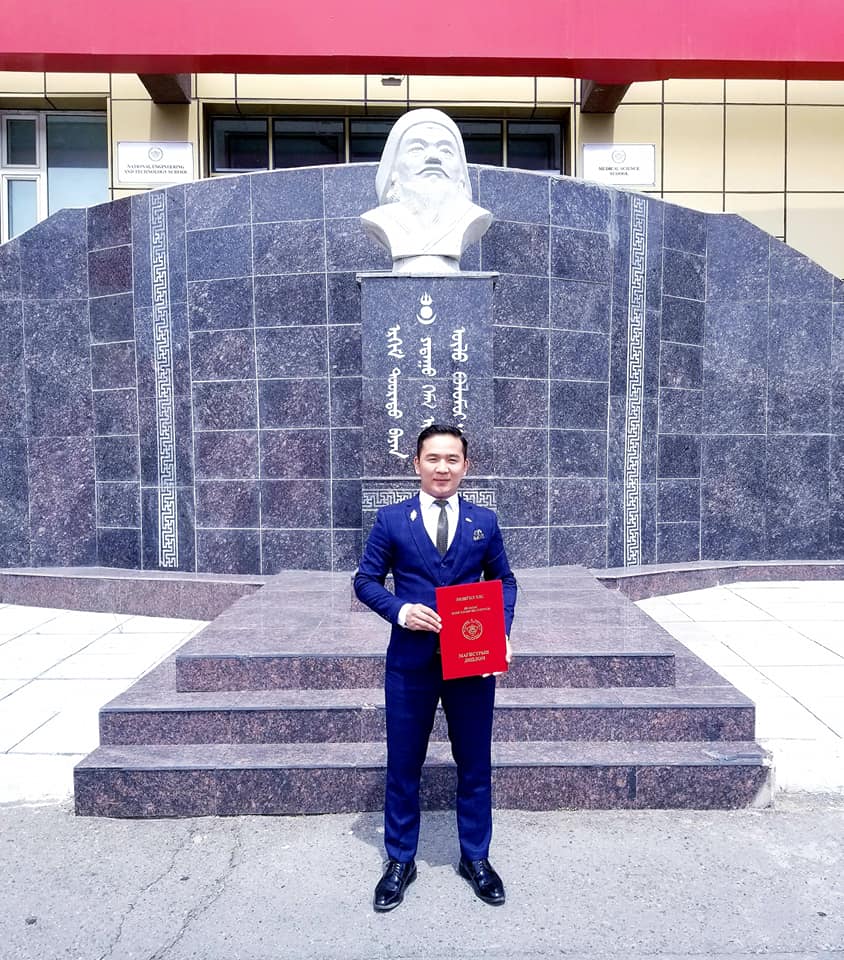 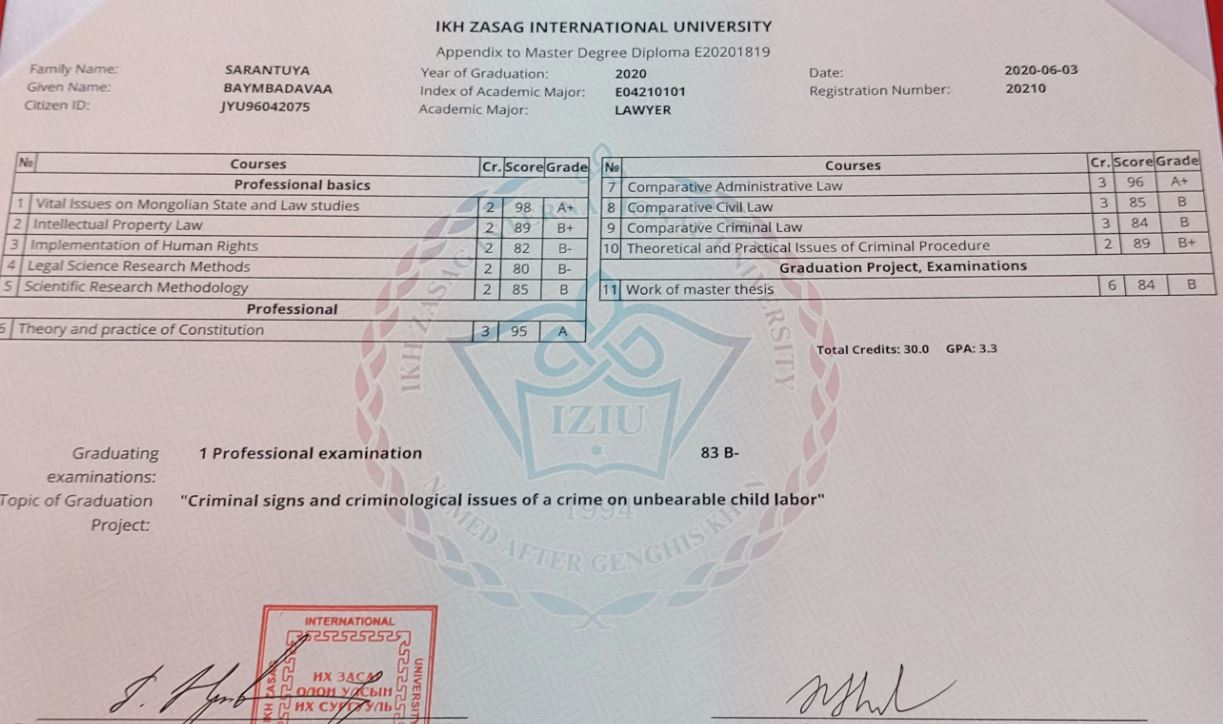 Byambadavaa obtained his masters title in law. His graduation thesis: “Criminal signs and criminological issues of a crime on unbearable child labor”. He studied for five years and now he has achieved what he wanted to achieve. A huge, intelligent, go-getter. When he was 6, both his parents died. After some wandering, he was able to come to Anna Home when he was 11. That was in 2007, when the house was just starting out. Now he lives with Otgonzal and their daughter Amundra of a year and a half. He wants to become a lawyer and he should be able to succeed! 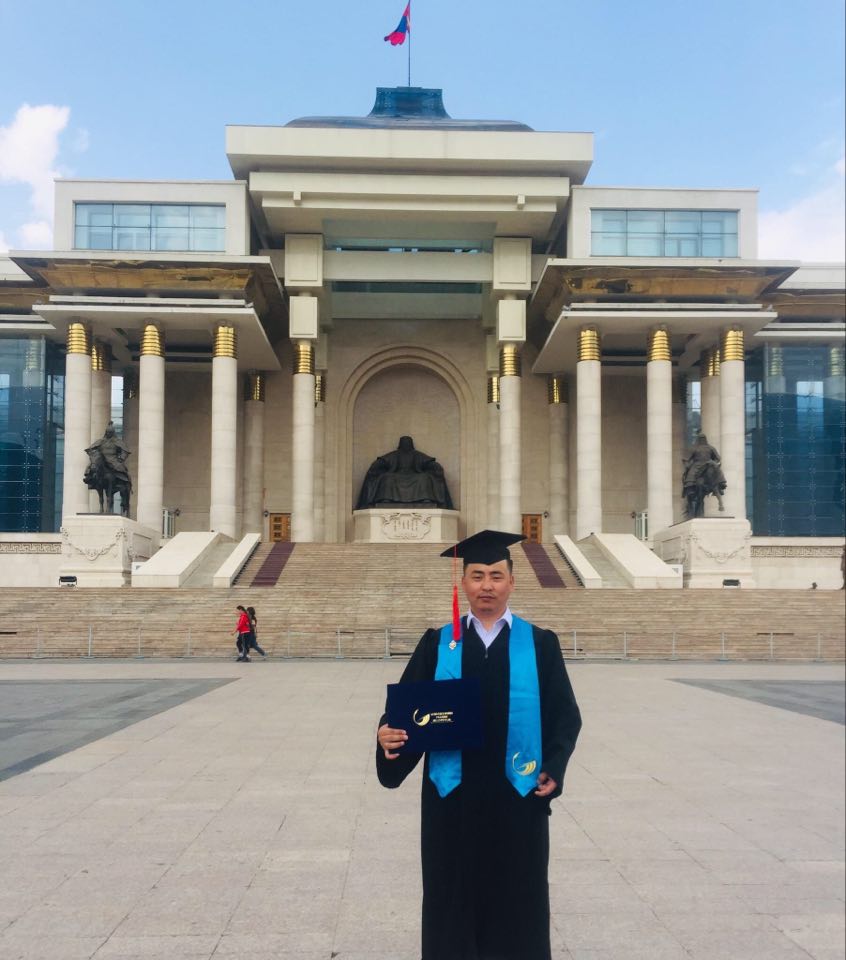 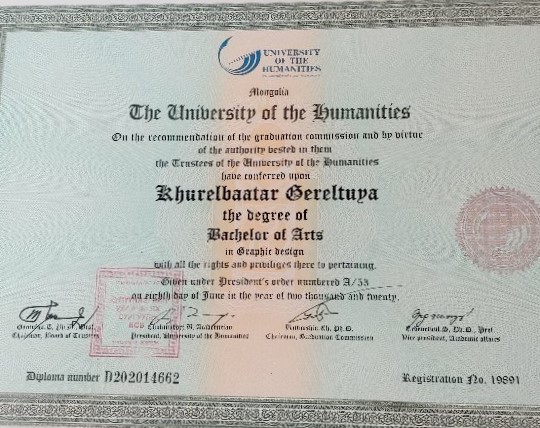 Khurelbaatar also came to Anna Home in 2007 and grew up with us until he started studying in Ulaanbaatar in 2016. Graphic design. And now he has his bachelor’s degree! He has successfully completed four years of study. His dream is to set up his own “Media content, animation studio.” Boldsaikhan writes about him: “He never gives up”.

NB: if you click on a photo it will get bigger!

Boldsaikhan again wrote to me how grateful they all are with the beautiful house. He thanks again all donors in the Netherlands and abroad.

The children have been more or less locked up there for months because of Corona and then it is good to have a nice house. Much has been done. For example, the windows are shielded from the outside by bars, a government regulation, and from the inside with mosquito netting. Outside is a new greenhouse, a Korean donation, with vegetables that are now growing. Fruit trees are now growing in the garden, donated by the local Children’s Centre.

The local Education Centre provided books for the new Anna Home library as well as games. Both centres provide lessons including a “12 steps training for teenagers”.

The municipality has provided lighting for the outside of the house and the wall around the hashaa. Safety! They also disinfected the entire site. Corona! 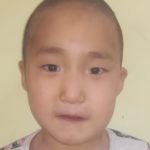 Nomin-Erdene is 6 years old. She has never been to school. Her mother is unable to take care of her, which is why the Children’s Centre brought her to Anna Home. Without papers and therefore also without health insurance. Boldsaikhan will now arrange that for her.

A 13-year-old girl and her 7-year-old brother were taken to Anna Home for their own safety (temporarily?). There are enormous problems at home of which they fell victim. The judge will decide how to proceed with them. They may be sent to an orphanage in Ulaanbaatar because it is too dangerous for them in Choibalsan. We await the judge’s verdict. In any case, the police keep their whereabouts a secret. Such temporary care is not really a task for Anna Home, but we are always ready to help if there is no other way out. 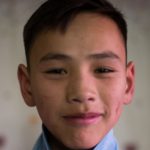 Ederhuu is back to his mother who now has a ger in which he can live with her. His brother Altankhuu alternates that ger and the transit house. He is now studying agriculture at the technical school. The two brothers have lived with us for over 10 years. 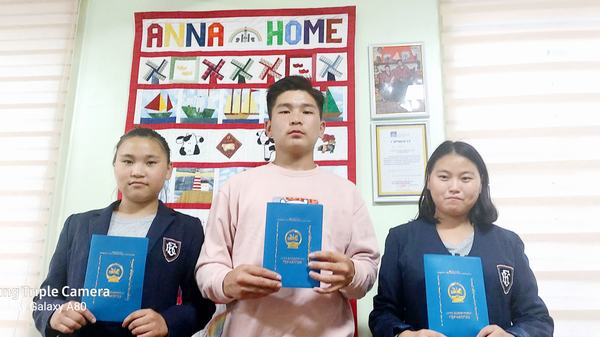 Anuudari, Batarchuluun and Uurintsolmon graduated from the 9th grade, a kind of milestone in Mongolia. You can then drop out of school or continue for another three years. 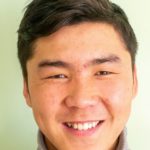 Uurnemekh is a temporary soldier in the Mongol army. It is a kind of conscription that lasts three months. In September he will return to study at the technical school.

Azjargal entered a national drawing competition and took fourth place out of 1000 participants. He and we are very proud.

Rentsendorj, a friendly resident of the region, cheered up his wife’s birthday by inviting all the children from Anna Home to a day in the countryside. 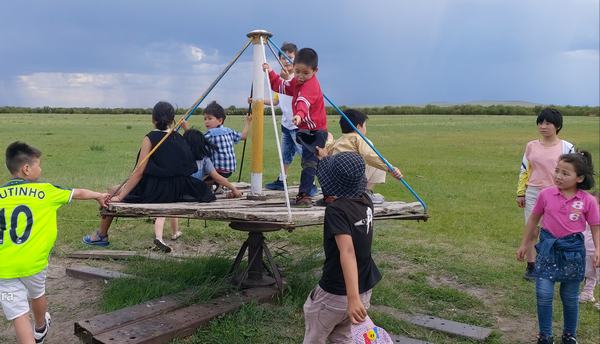 An iron horse has been on Anna Home grounds since 2006. We really wanted to make it a logo. The design, made by a Dutch cousin, was just finished when the horse was stolen. Too bad, but it couldn’t have gone very far, so maybe they’ll find it again. 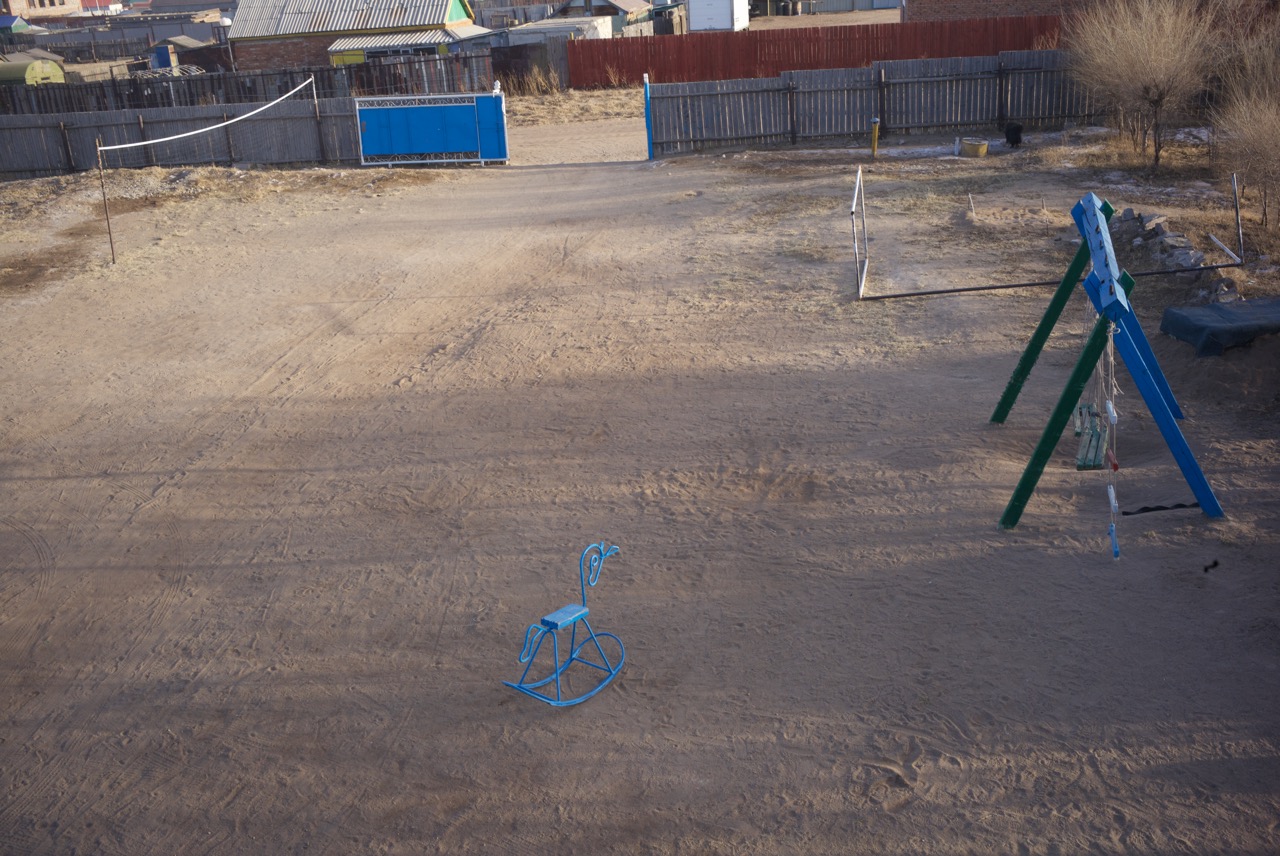 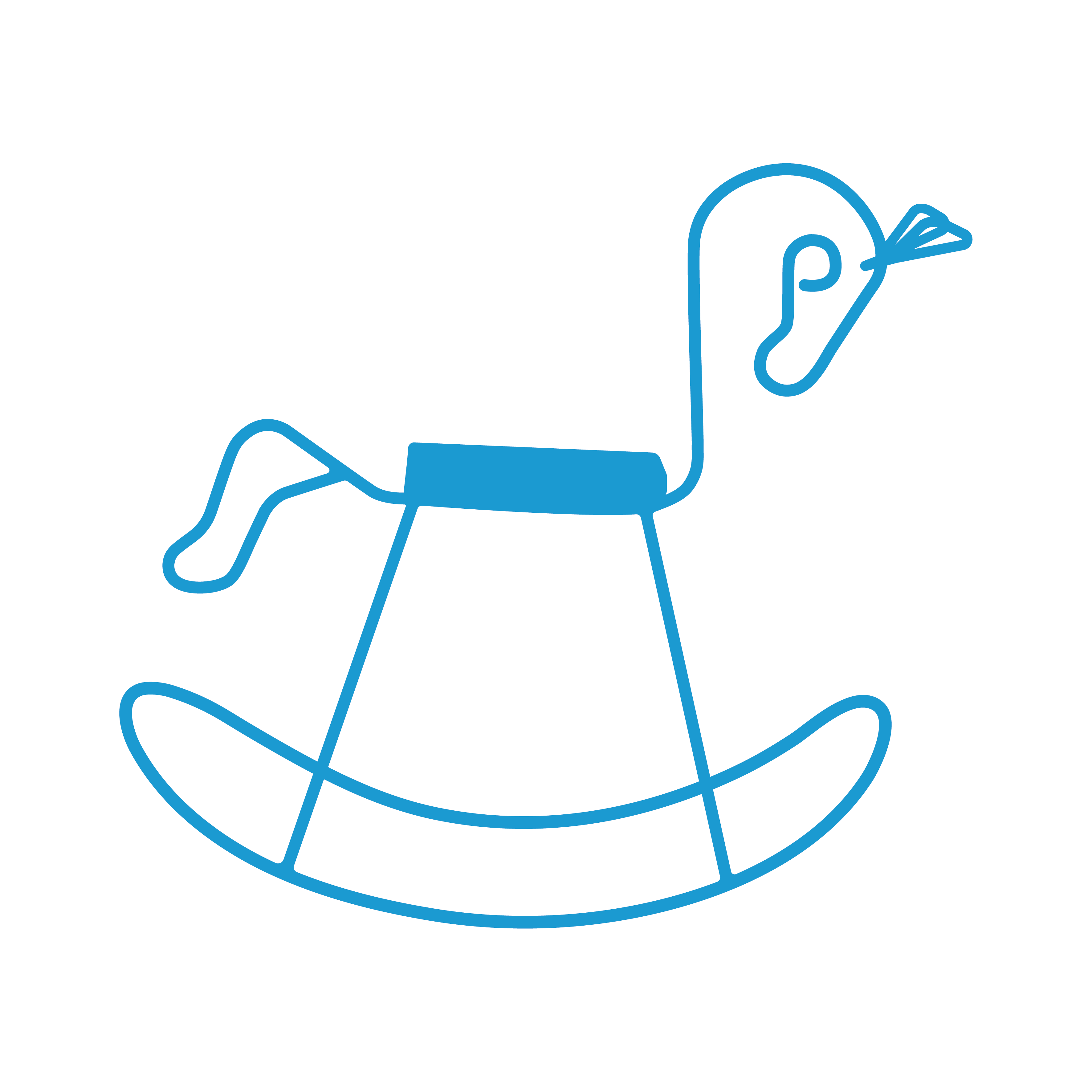