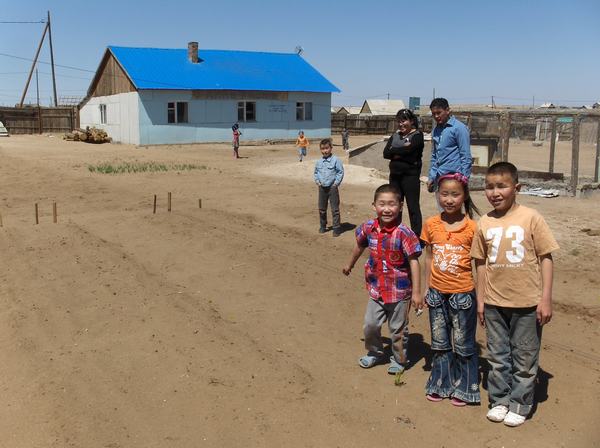 In 2007 we bought Anna Home, a house made of wood, built in a so-called hashaa. Many people in Mongolia live in a hashaa, a piece of land in the city with a fence around it. People build a house there, sometimes a hovel, often a ger, the traditional form of living in this country. It had a living room, a large kitchen and three dormitories. 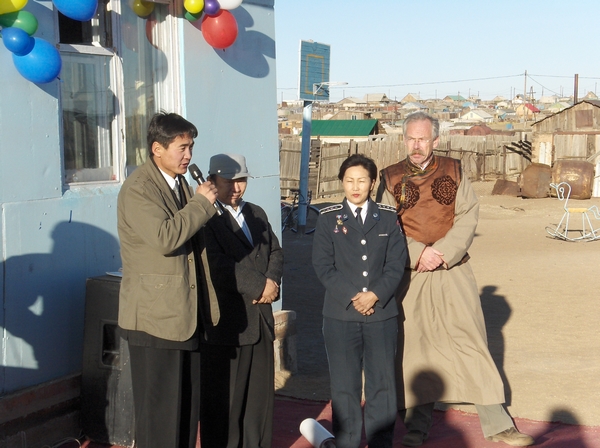 The toilet was outside: a small cubicle with a hole in the ground inside. There was no water in the house. That had to be fetched a few hundred meters away in jerry cans. The heating consisted of a stove in the kitchen that was fired with wood and coal and to which a radiator in the living room was also linked. The hashaa site is quite large, around 60 x 40 meters.

In the spring of 2008 there came a large vegetable garden that the children took care of themselves. This was made possible in part by drilling a water source at a depth of 64 meters. The water was pumped to a large tank in the attic every day and from there it went to various taps. And the garden could be sprayed. 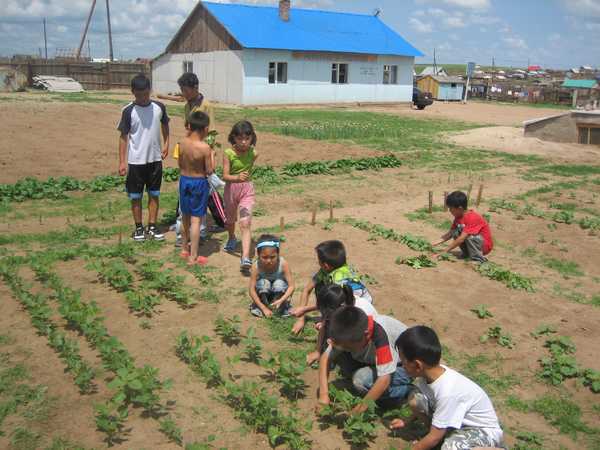 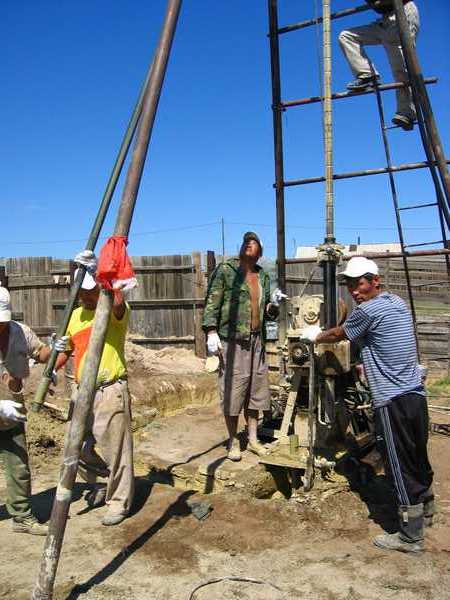 Anna Home was expanded in 2009, the orange wings on the photo were added. This allowed the number of bedrooms to be increased and there was more living space. 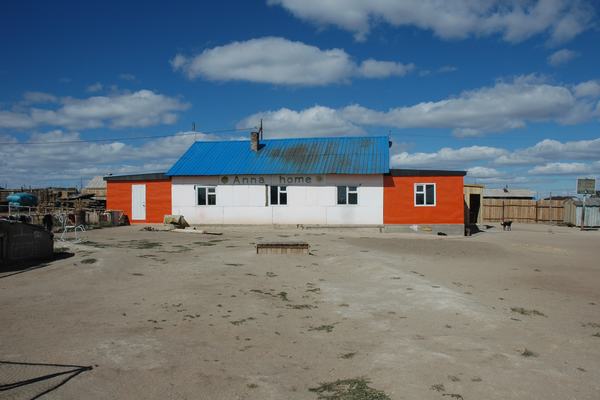 Again the house was made a little larger by extending it at the back. The heating was considerably improved by the purchase of a new stove. A septic tank was installed in the garden, so that a toilet and three showers could be installed inside. 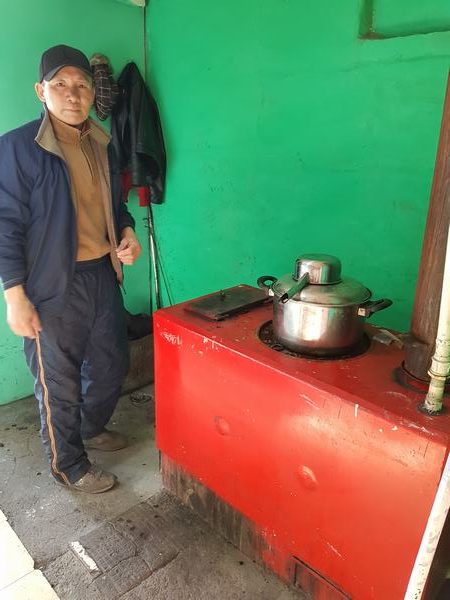 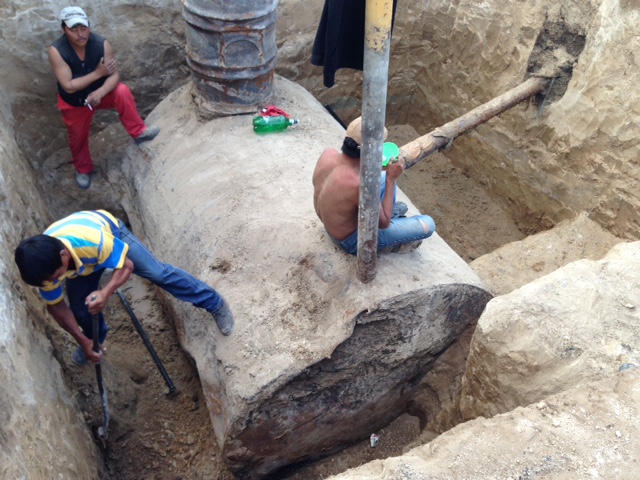 And then it went wrong! Very wrong. The house burned down completely on 9 May 2019. Everything was gone. Fortunately there were no injuries, it happened during the day and most of the children were in school. There they stood, 25 children without a roof over their heads. Through extremely fast promotions, we managed to raise money for a new building. The municipality made land available and Boldsaikhan went to work. In a period of seven months, a new building was finished, on a new hashah, that had two floors, six bedrooms, showers, toilets and a beautiful kitchen. It was connected to the district heating and the water supply. The total construction and design costs were around € 180,000. 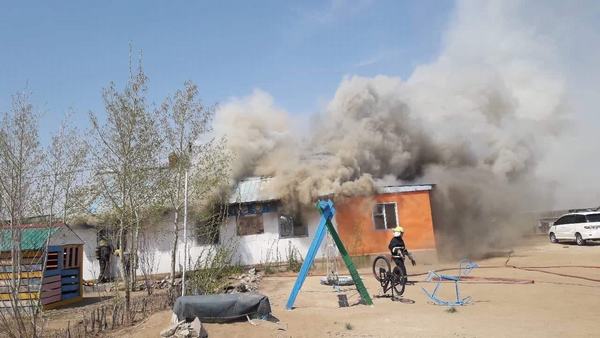 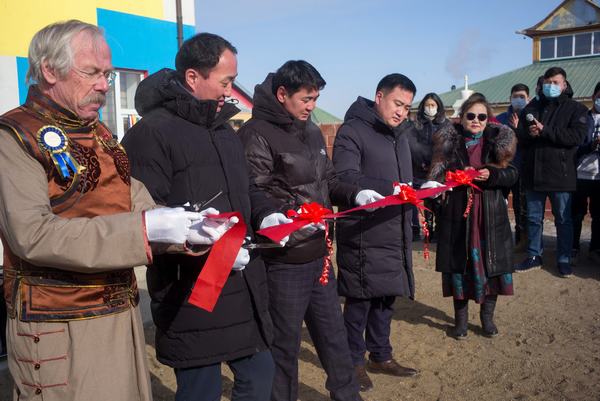 We officially opened the new Anna Home on January 29. It has become a beautiful house. It is much closer to the city than the old one. The school where most of the children go now can be seen from the house. 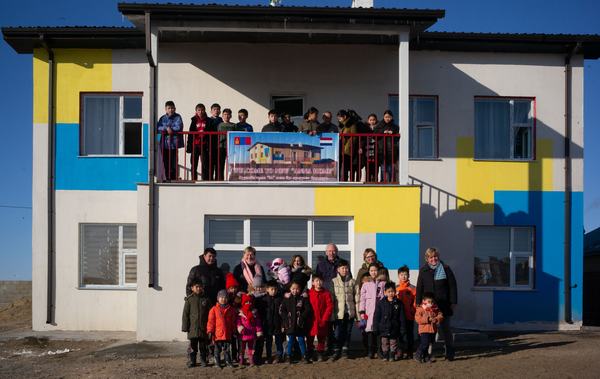