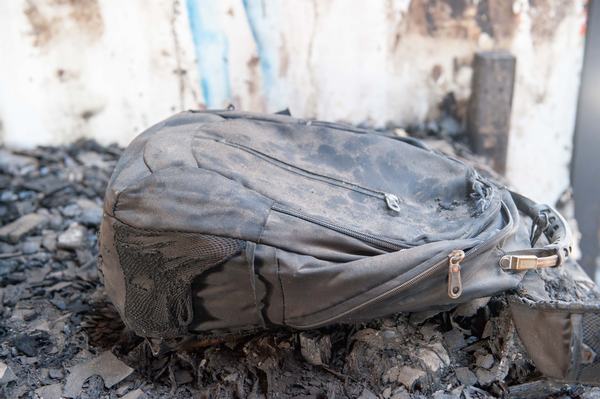 On May 9th Anna Home burned down. You have seen the horrible photo’s in the last newsletter. Aart Sliedrecht and I went to Choibalsan in a hurry to see what we could do. The house is lost. Everything is black. There are black backpacks with black books in them, black computers, black clothes. The roof has gone, the chimney stands alone and will soon fall down. The blue rocking horse is saved, just as the playhouse, the swing and the greenhouse. But the washing machine, a few days old, has gone. 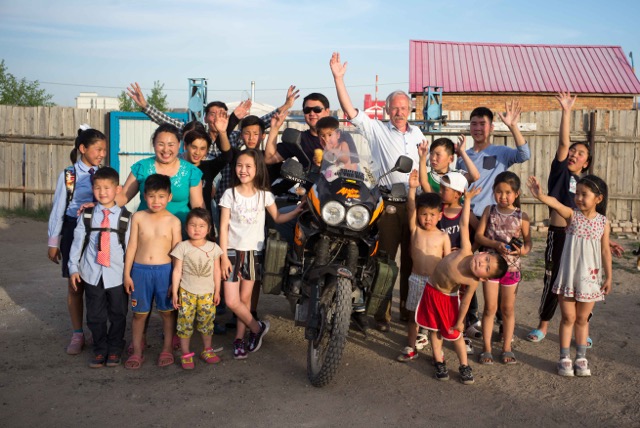 The children now live in a safe house of the Children’s Centre. Two bedrooms for 22 children, three beds in each room. It is a beautiful house though with lots of possibilities to play. They do it with it. In the beginning of June they will move to the dormitory for nomad children, which will be empty during the summer vacation. They are under the roof until the end of August. It is the Khan Uul school for which we did quite a lot in 2007 from The Netherlands.

This is what will happen

The people of Choibalsan sympathize. They do much fundraising, we received many envelopes. A total of 11.000.000 Tugriks has been raised up till now, around € 3500. 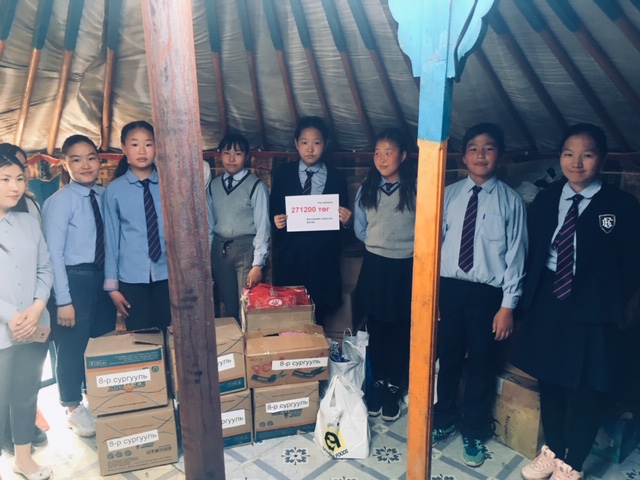 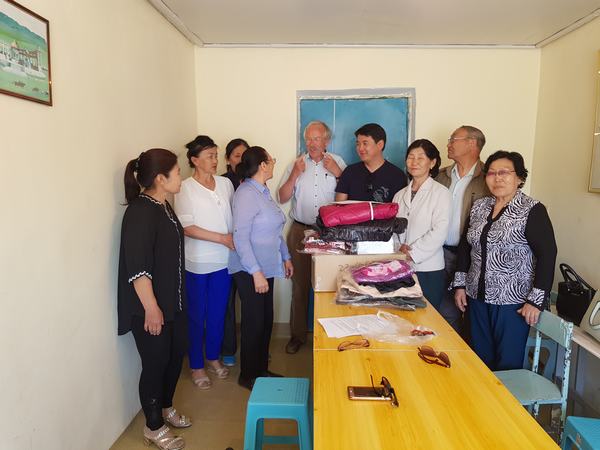 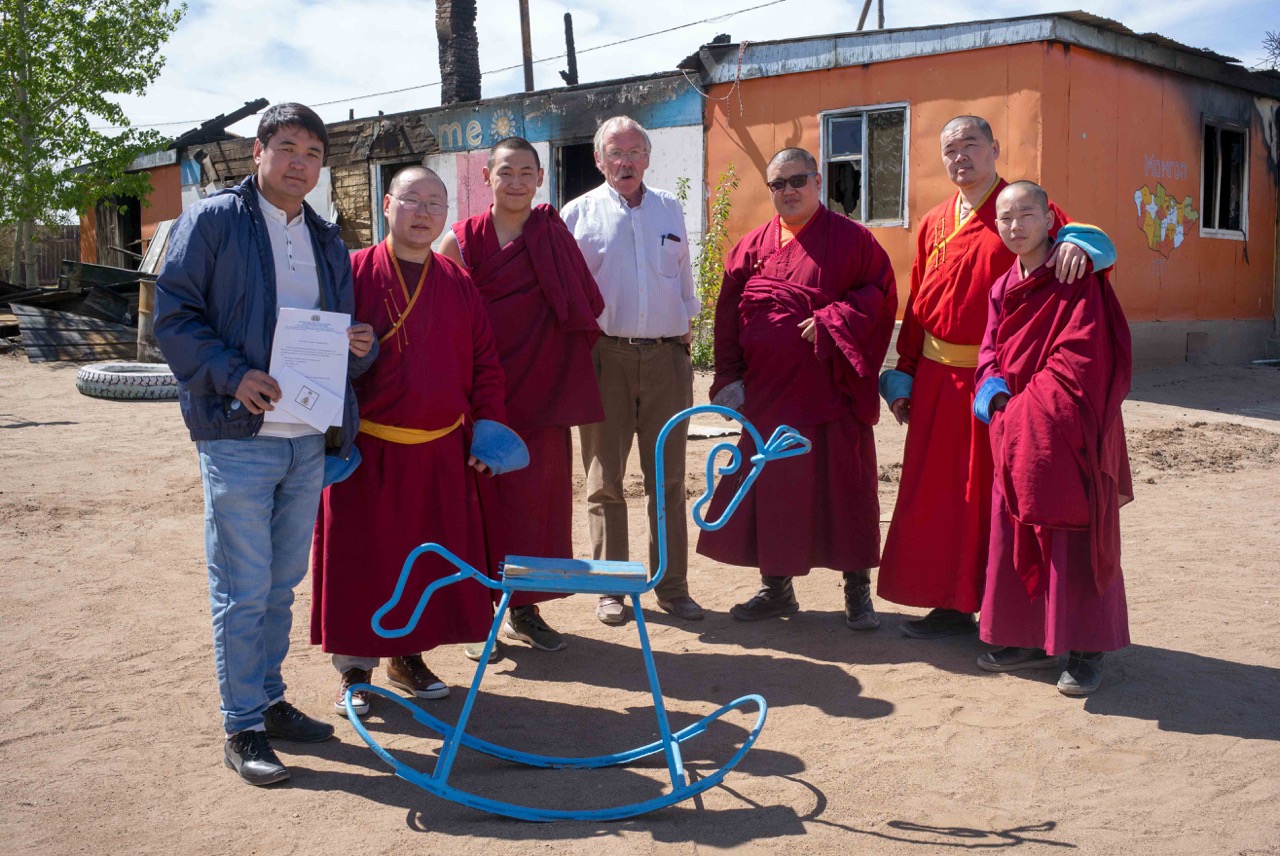 There are only a few people in town who we did not visit. From pillar to post  and back again we drove. 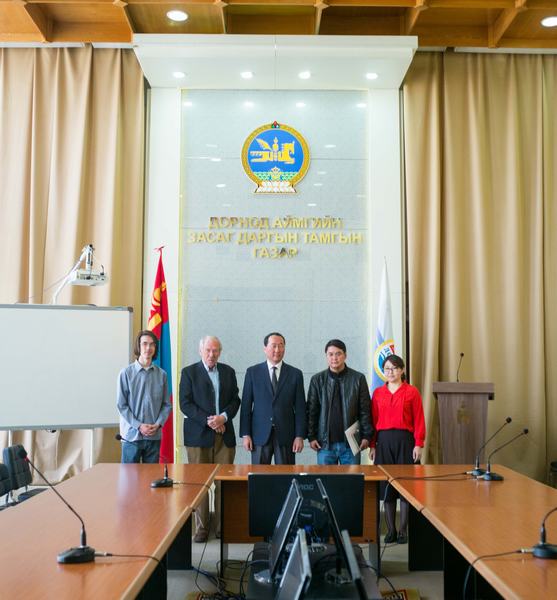 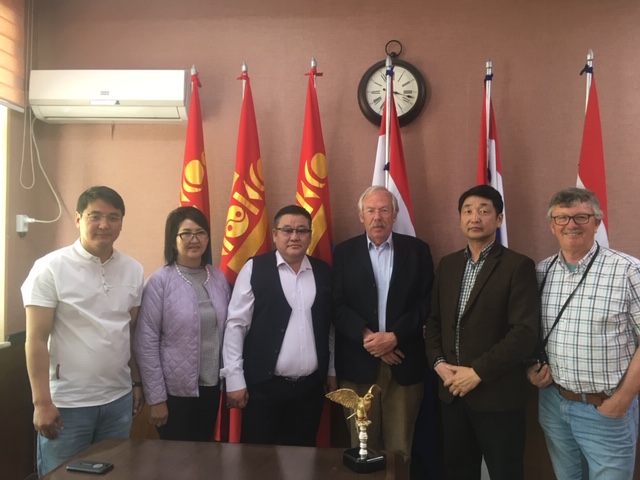 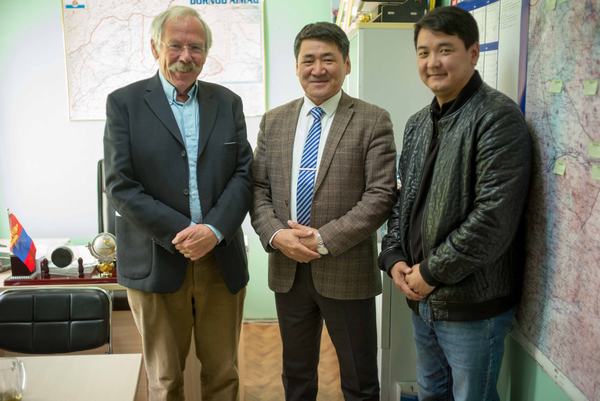 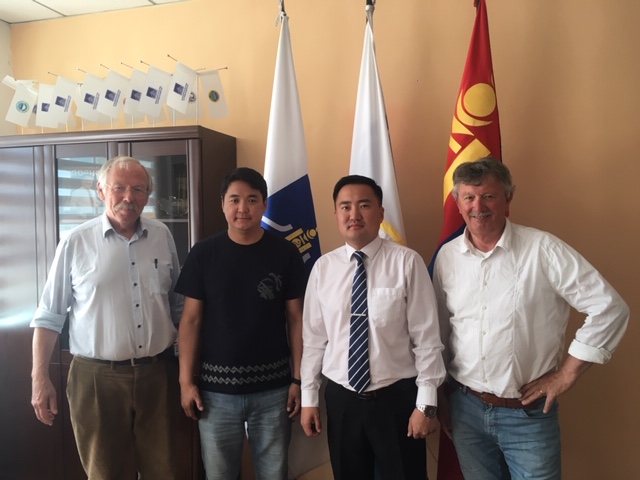 The results are spectacular:

We will get a big piece of land as a gift from the city. It is situated much closer to the city, and so also to the schools, than the actual land. That means that we can connect to district heating and will not have to maintain a fire anymore. Sewage and water are also available.

The province pays for an architect and with her we made the design of the new Anna Home. A house that will be around 60 m2 bigger than the old house, with 6 bedrooms, toilets, showers and enough space for homework and playing. Baiglamaa will, during the next 10 days, finish the design, will make a list of materials and a budget. A great achievement. 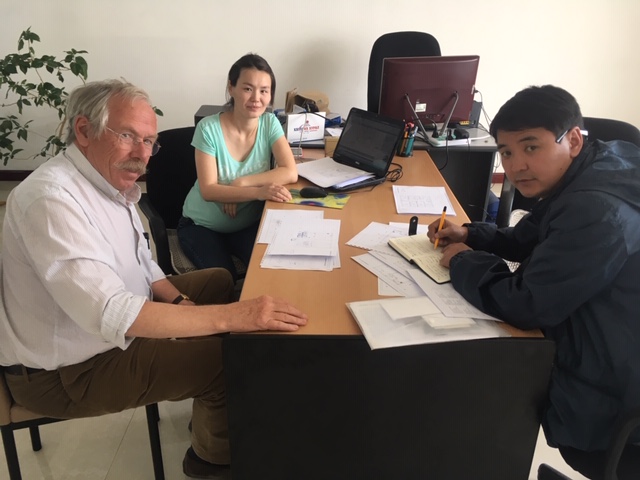 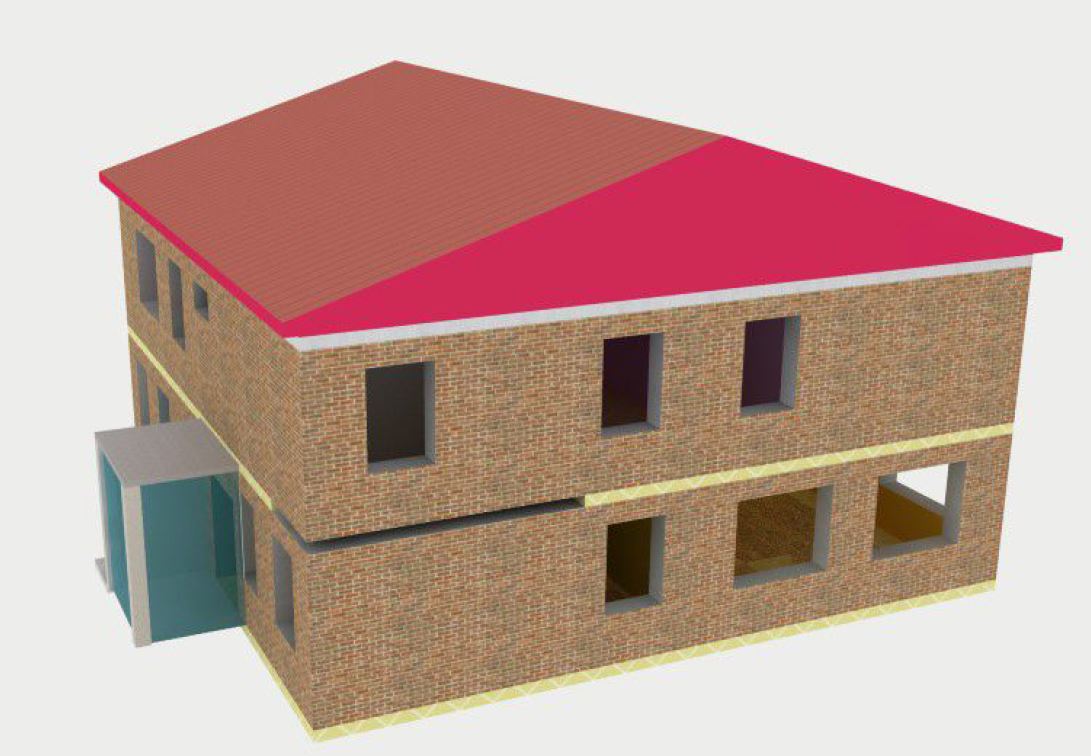 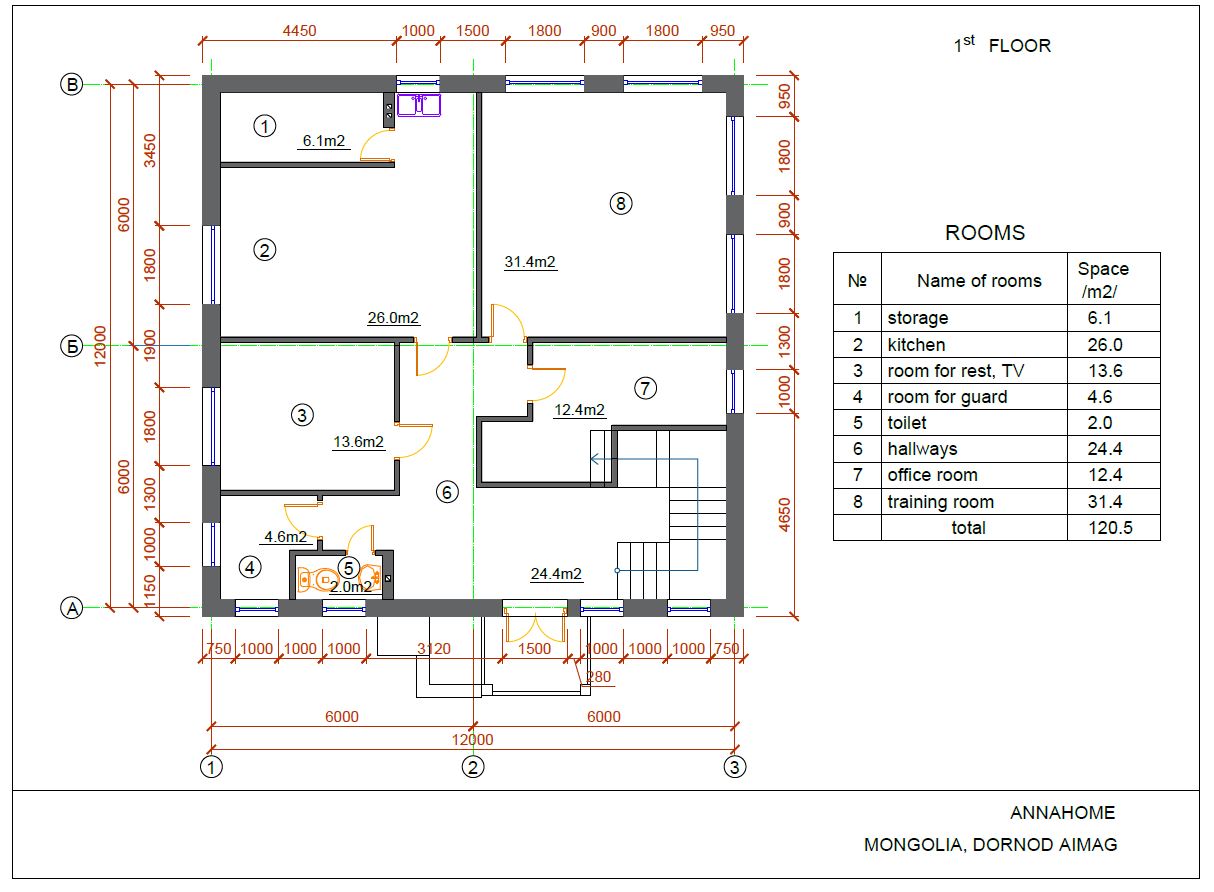 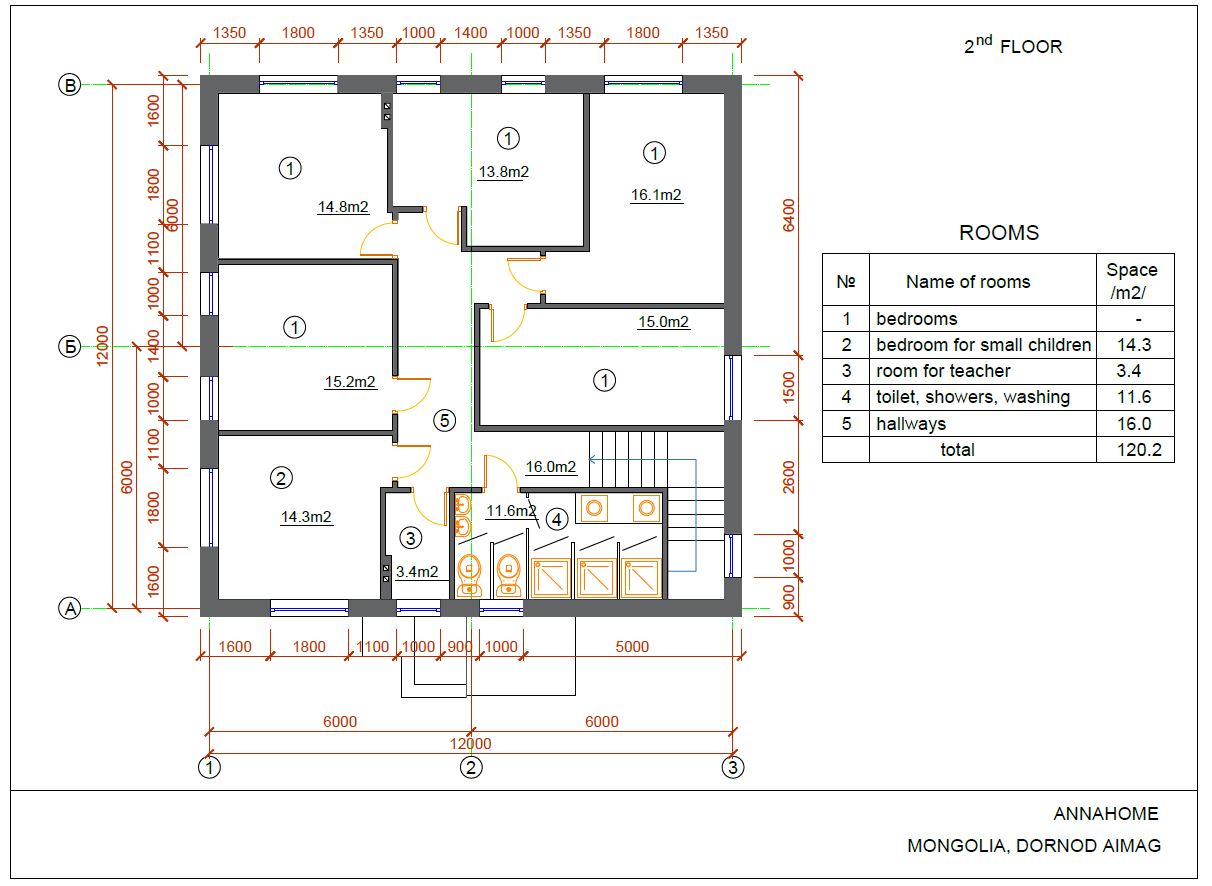 The city has promised to speed up the paperwork and if everything will go as we hope, we will be able to start construction by mid-June. It is important to be fast, not only because now we do not have anything, but also because during winter, from the end of October, we cannot build because of the cold. 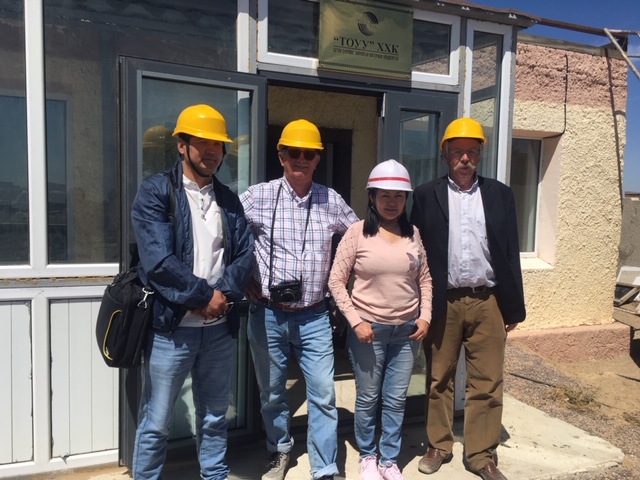 Oyuna owns a concrete factory, she is business woman of the year 2019. She will give us all the concrete that we need for the foundation for free. We were so impressed by her that we asked her to supervise the construction: the planning and the quality of the work. And she said YES. We just have to pay her costs. She also promised to encourage her brick- and window-colleagues to sponsor.

All this is not for free. The construction itself will need a sum in the order of magnitude of € 120.000, an amount that is based on average costs per m2. When the architect is ready we will know this better. Then we need a fence around the hashaa. In 2009 we did the same and then it cost € 2400, which will now be higher we suppose. And last we need the inventory, beds, tables, washing machine, kitchen and so on.

Part of this amount will be paid in kind, as the already mentioned concrete. As far as we know now we will need a sum of € 80.000 to € 100.000 in cash. In the coming weeks we will have to get more information.

How will we pay this?

Mongolian authorities give us the ground, which seems to be worth around € 25.000. They give us no money. “The budget was made in December and we did not foresee a fire in Anna Home”.

The Mongolian fundraising will pay for the inventory.

A foundation with which we are in close contact gave € 50.000, a fantastic amount that makes it possible for us to start construction.

Some of you spontaneously donated money, a total of around € 5000 now. In America a crowdfunding is going on, now around $ 3000 received. Many of you offered help and if asked I said: wait till we come back, because I hope to have a plan by that time. And we have it.

We think we will still need between € 25.000 and € 45.000. I cannot emphasize enough that all numbers are still very uncertain. But waiting for certainty would mean that we cannot be ready before the winter. If we all put our shoulders to the wheel, would it work out?

On this page http://allforchildren.info/how-can-i-help/ of our website are the details of the bank and the possibility to donate online, but in that case 10% stays with the organisation that facilitates this. The bank account is IBAN: NL38RABO 0139868909

For payment from outside The Netherlands you will also need: BIC: RABONL2U

In the menu under “Organization” you will find the yearly reports of both the Dutch and the Mongolian foundation.

We hope for the best,